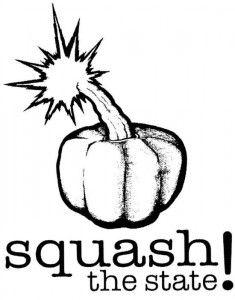 In an earlier piece I critiqued Vegan Outreach (and mainstream veganism as a whole) for being too focused on capitalist consumption and offering no real solution to animal exploitation. At the end of the critique I touched on the idea of promoting ‘Radical Veganism’ as an alternative to consumption-based veganism. What I didn’t include in the solution were some examples of what form Radical Vegan Outreach could take, that is the point of this text.

Before I begin it is essential to reaffirm what I mean by ‘Radical Veganism’ and how it differs from consumption-based mainstream Veganism:

Radical Veganism, by contrast, places the root cause for animal exploitation on humans’ domination over other animals (speciesism) as well as the systems which uphold this belief (capitalism). While Radical Vegans may promote a animal-free (as opposed to “cruelty-free” as Radical Vegans realise that anything produced under a capitalist system is inherently cruel) lifestyle they realise that consumer choices alone will not end animal exploitation. Radical Vegans also accept that not every person can adopt a animal-free diet due to various socio-economic and health reasons. Radical Veganism states that the only way to end animal exploitation is to end humans’ domination over other animals, a process which will require a social revolution to do away with the current system which upholds speciesism.

On to the crux of the issue, what is Radical Vegan Outreach?

We all know what Vegan Outreach is; we’ve all stood on stalls in town centres handing out samples of home cooked or mass-produced Vegan food to members of the public hoping to sway their consumption patterns. We’ve all lectured our friends (and complete strangers) about the merits of a “cruelty-free” diet; about how it is better for your health, the planet and most importantly, the animals. We’ve no doubt been to a Vegan Fair, or two or three, or even organised one ourselves! We’ve waded through the stalls handing out free samples and urging you to pay £5 for a block of Vegan cheese that would of cost half the amount if it were made from cow’s milk. We’ve all celebrated when supermarkets start stocking our favourite brand of plant-based milk or a new branch of Holland & Barrett opens up on the high street!

That, sadly, is the state of Vegan Outreach today.

What is the alternative then? Surely there must be a better way? While I don’t claim to have all the answers, I will try to offer a couple of examples of practical Radical Vegan Outreach: 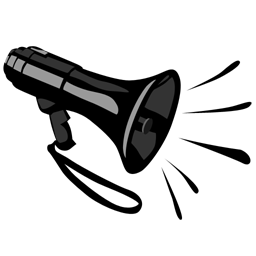 It may seem obsolete to state it but activism is still the most effective form of Vegan Outreach both Radical and not. Activism directly challenges animals status as property which is an essential first step towards a Radical Vegan mindset. When we begin to challenge animal exploitation we begin to question the very foundations of our society – one that is built on animal industry and speciesism. Without questioning and eventually unlearning our ingrained human superiority we can never hope to create a world free of animal exploitation as any attempt to do so will be tainted by speciesism.

I am very much of the idea that activism breeds (Radical) Veganism rather than the other way round. Or at least it should. Veganism proclaims that we can end animal exploitation simply by changing our consumer habits. Such a statement is counterproductive to creating a thriving animal liberation movement as it makes people think that they are already doing everything they can to end animal suffering. It places Veganism as the height of animal activism and thus no other form of activism is necessary. Animals status as property goes unchallenged, capitalism is reinforced and speciesism continues unabetted.

Radical Vegan Outreach therefore switches that process around and encourages people to enter Veganism through the protest movement. People become activists because they want to end animal exploitation. As they enter the movement they begin to challenge animals’ status as property and the seeds of Radical Veganism are planted. They eventually start to alter their consumption habits, not because it is the most effective way to end animal exploitation, but because it is the logical extension of their newly found Vegan worldview. 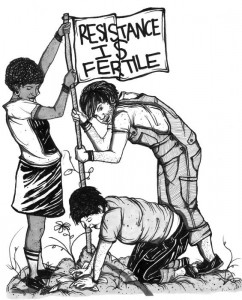 Food justice is the radical idea that we should place control of our food in the hands of those who consume it. People do not, as it stands, have control over what they eat. Their diets are dictated to them by what is available to them and how much they can afford. Because Vegan food is often hard to come by, and when it is it is often more expensive than animal-based products, this means a lot of people have no choice but to continue consuming animals.

Those on a lower-income will often struggle to sustain a Vegan diet due to the costs involved in acquiring and purchasing animal-free products. This often leads people to label Veganism as a “middle-class” pursuit, often rightly so. By placing control of our food supply back in the hands of the community we can actively encourage a Radical Vegan lifestyle that is accessible to everyone.

Encouraging, promoting and actively engaging in guerrilla gardening; access to land; cooking skillshares; community gardens; gardening skillshares; food co-ops and veg box schemes; permaculture and other Food Justice tactics we can allow people to make a real choice about what they eat. That way, when we discuss the merits of a Radical Vegan lifestyle, we will be talking to people who have the freedom to adopt a real animal-free diet. 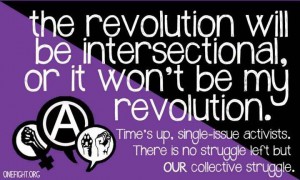 Because speciesism relies on this delicate balance of oppressions to function it is important that Radical Veganism reflects this and takes a intersectional approach to anti-oppression politics. Focusing on speciesism alone will never be enough to end animal exploitation and allowing other forms of oppression to flourish within our movement only allows speciesism to become stronger.

By broadening our scope to encompass all forms of oppression we can begin to show solidarity with other movements. This solidarity must be rooted in a geniuine desire to end all oppressions, not as a recruitment drive or to increase the number of Vegans in other campaigns. While explaining the merits of a Radical Vegan outlook to other activists struggling for total liberation is important it is also vital that we learn lessons from them too.

I have outlined three forms of Radical Vegan Outreach above, but there are many more out there. As we begin to build a larger animal liberation movement build around the foundations of Radical Veganism we will begin to discover new tactics and be more effective in our older ones. It is important that we do not slip into old habits and simply continue to promote Veganism as it is today, for to do so would be inefficient and possibly even detrimental to the struggle for animal liberation. It is only by promoting Radical Veganism, not consumption-based mainstream Veganism, that we will ever achieve our goals.

I urge all involved in the struggle for animal liberation not to give up Vegan Outreach as some (myself included) have suggested in the past but to adapt it and use it to the animals’ advantage. Radical Veganism is still a powerful tool in the struggle against animal exploitation as speciesism is one of the foundations of our society and without actively challenging it in our day to day lives we can never hope to achieve total liberation.