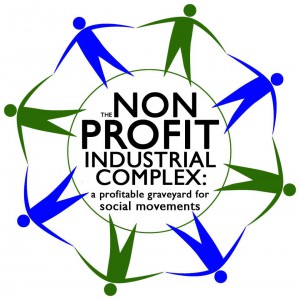 I’m going to talk about something now that is probably going to get a lot of peoples’ backs up. I know this because whenever I discuss the idea with people who don’t share similar views to me it does exactly that. But it is not something I say in order to get that reaction, I say it because I honestly believe it, and that is that I don’t like the national groups. In fact I think they’re detrimental to the animal liberation movement.

Before I explain why I think we need a little clarification here because people always ask: “But what about this group or that group?” When I say “national group” I am specifically referring to organisations that: have paid employees; a centralised structure; are often NGOs or not-for-profits; have a supporter base from which they secure funds and are essentially in the business of “animal rights”.

Why do I dislike these groups so much? The simple answer is that I believe they ineffective and unable to bring about an end to animal exploitation due to the way they are funded and structured. I also believe that they draw energy and resources away from local grass-roots organisations who are more fit for purpose to achieving animal liberation.

National groups may have the animals’ best interests at hearts but they are essentially nothing more than animal welfare organisations. The reason they are nothing more than animal welfare organisations is because they have costs to cover: Rent for offices and staff to pay. Because of this they need to maintain a steady source of income, and that comes from donations. To achieve the maximum potential for cash donations they need to appeal to the lowest common denominator in order not to upset any potential donors.

Thus national groups are sucked into this downward spiral where in order to continue functioning they must keep creating winnable campaigns that do not challenge the status quo, so that they can make enough money to carry on existing. To challenge the status quo would be to risk their livelihoods, I mean if animal exploitation were to be abolished, they would be out of a job! 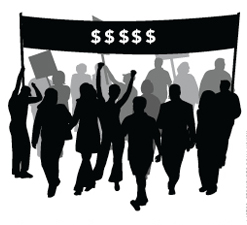 Because of this constant need for donations animal rights groups like these often draw money and resources away from local grass-roots organisations working on the ground to achieve animal liberation. National groups are always more than happy to provide us with leaflets or campaign materials (sometimes for free!) but on the back of every leaflet is a donation form which encourages you to give so much a month to the group. We’re essentially doing their hard work for them.

This leaves local grass-roots organisations who are often (if not always) made up of volunteers organising their own fund raisers while the nationals rake in all the donations. Sometimes we can plead to them for a share of the wealth that we helped create and sometimes they’ll be generous enough to split their bounty. But they got costs to cover, like I mentioned, they can’t afford to give out money willy-nilly!

The tactics of the national groups often do not lend themselves to building a bigger, more effective animal liberation movement. In a time where the animal liberation movement is at a noticeable low we should be encouraging as many people as possible to get involved with their local groups and influence change directly. What is the national group line though? Join us! Become a member! Donate £5 a month and we’ll fix the problems for you!

Sometimes they might even encourage you to write a letter to your MP or sign a petition, if they’re feeling particularly passionate about a campaign.

What is the alternative though? We need the national groups don’t we? They’re the only ones with the resources to produce leaflets; carry out investigations… uh, what else do they do again?

The truth is the only reason they have those resources is because of the donations they receive thanks to the leaflets handed out by us. There are people within the movement right now with all the necessary skills to do what the national groups do (and more). There may not be one in every local group but that is why we need to pull together our resources.

If we began to communicate with one another about what we needed we’d suddenly find that we have the means to fulfil each other’s needs. Instead of waiting for the national groups to lead us let’s take matters into our own hands. We need a leaflet about an upcoming event? There is somebody in London who can design it; and somebody in Leeds who can print it; there are groups in Bristol, Brighton, Cardiff and Newcastle who can pay for it. You get the picture.

What if we created our own organisation: One that was led by the decisions of local grass-roots organisations; that pulled together the collective resources of the national animal liberation movement; that had no need for leaders or paid staff because work was shared out equally amongst its members; that would combine the collective strength of the thousands of animal liberation activists together; a group that was accountable to the grass-roots because it was the grass-roots.

Why would we even need the national groups then?#